Miguel Milá (Barcelona, 1931) began his career in the architecture studio of his brother at the end of the 50s, when industrial design was barely known in our country. The shortage of objects, means and raw materials made him start designing his own pieces of furniture and lamps. Soon he established his own company, Tramo, acronym for “Trabajos Molestos” (‘annoying works’), where he produced the first versions of the lamps TMC (1958) and TMM (1961), today timeless classics and still for sale. Later on, he founded his own studio. “The truth is I am a pre-industrial designer. I feel more comfortable when working with technical procedures that allow me to correct my mistakes, make experiments along the process and control it as much as I can. That is also why I prefer fine materials, because they really know how to age”.

Milá has played a central role in the history of Spanish design: his pieces feel as contemporary as if they were fresh new. In 1987, he was awarded the first Premio Nacional de Diseño and in 2008, he received the Compasso d’Oro in appreciation of his long career and contribution to the promotion of Spanish design abroad.

Gonzalo Milà (Barcelona, 1967) started working in his father’s studio in 1988 while he was still studying his Bachelor of Architecture. While working in small-scale projects which allowed him to control the whole process, he developed a taste for industrial design and so he enrolled in Elisava College. In 1994, he set up the design studio Inés-Milà with Juan Carlos Inés giving birth to pieces like the therapeutic lounger Tutombas Pranha, the stone chairs Sillarga and Sicurta, the Teula bottle rack and the Balensiya rocking chair. Later he founded with Miguel and Micaela Milà the studio Milà Diseño. Some of their most remarkable projects are the refurbishment of an apartment in Gaudi’s Casa Milà on display for guided tours and Rama, a streetlight that was awarded the ADI-FAD Delta de Plata in 2001.

In 1999, he joined the Urban Division of Santa & Cole in order to develop new products. Since 2001 he leads his own studio where he produces street furniture, lighting, accessories and projects promoting the integration of wildlife into the city. He collaborates with companies like Santa & Cole, Escofet, Bover and Viabizzuno, among others.

Gata originates from a thorough search for balance between the different elements, shapes and diameters of the rattan cane in order to produce a comfortable and resistant seating, as well as an aesthetically harmonic one.

Miguel Milá is widely considered one of the main references of industrial design in Spain. Therefore, when the oppor­tunity to collaborate with him arose, we felt more than lucky and honoured, especially because it was Milá himself who came with the idea.

Today, after several years of working together and a few versions, we are able to show the final result of this coopera­tion: a chair called Gata and two stools called Gres, both made of rattan, of course. Because it was rattan what attracted Milá –who defines himself as a “pre-industrial” designer and has never hidden his taste for fine materials– to Expormim.

Gata originates from a thorough search for balance between the different elements, shapes and diameters of the rattan cane in order to produce a comfortable and resistant seating, as well as an aesthetically harmonic one. Its lines flow smoothly to create a handle at the top of the backrest making its transport easier and bringing to light one of its main virtues: its lightness.

Although apparently simple, its design process has gone through multiple stages and reviews, always under the wat­chful supervision of Miguel and his son Gonzalo, with whom he shares authorship. A rattan chair, plainly and simply, without additives, functional and made to last. The way good design should be now as ever, according to Milá.

Gata is joined by the later edition of the Gres stools. Their structure emerges from a game of tangent lines between their four organic frames and of those with the seat, thus securing stability and at the same turning them almost trans­parent.

This updated version of the historic stools turns them into an essential piece and emphasizes the everlasting validity of a particular design method, one standing aside from fashion trends and the conventions of a specific era. This is Milá in his true essence. No expiration date. How else could it be? 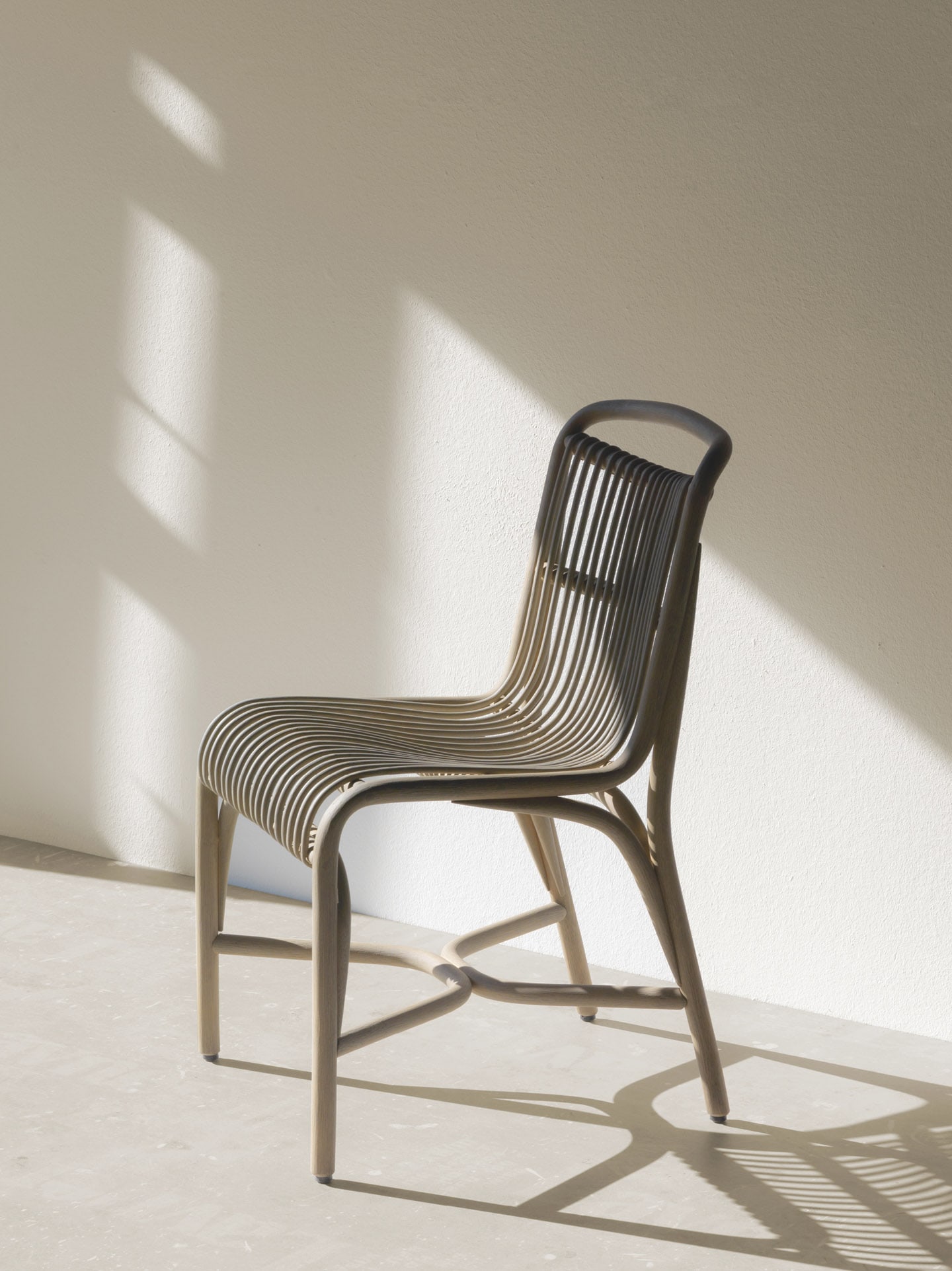 We have reissued a style of stools that were made with natural fibers in the mid-60s in Barcelona. The same...

Use it to keep your purse out of the floor while it&#8217;s hanging or just to secure your bags to...

The project consists of a collection of Borosilicate blown and non-blown glass pieces, which together create complex structures. The blown...

Knowledge is the path to the enlightenment. Solution for restaurants that allows to improve the relationship with the client and...