Gastón Gil, born in Olavarría, Argentina in 1972, artist. He studied Industrial Design at the U.B.A University of Buenos Aires. Following the Argentinian crisis in 2001, he moved to Europe, to pursue a career in photography.

By 2013 he starts a project about rebirth, collecting furniture and abandoned wood from the streets of Barcelona and giving them new life in a beautifully crafted collection he called rE. He started working as a carpenter in Poble Sec (Barcelona), where in his atelier he created several bespoke furniture pieces.

In 2018,  with Luca Castiglioni and Roger Llimós, he founded Hoioh Design with the aim to produce and sell his and others’ designs.

Unfortunately, Gastón tragically passed away in October 2019, just a few weeks before the company launch.

Zulema Josa, born in Barcelona, 1983, is an architect, designer and teacher.

She finished her studies at the Escola Tècnica Superior d’Arquitectura del Vallès UPC in 2010 with a project about “Transformation of the Cebeci Han around the Grand Bazaar in Istanbul”.

In 2011, she co-founded the architecture studio Rehab-me with some classmates and friends, focusing their practice on mindful refurbishment of buildings and spaces, in order to reuse and highlight their historical features and memory.

Rehab-me is located at the co-working Ca l’Agustí, in Poble Sec, where she met Gastón Gil.

Our values are first and foremost sustainability, honesty and transparency.

We produce single or small series of objects through a balanced combination of CNC technology and hand craft finishing, using sustainable plywood.

The use of CNC digital technology allows optimisation, quality and repeatability, and, in the future, the possibility to export our designs to be produced locally, closer to the customer.

As we promote a conscious consumption, we produce on demand or through small lots. This avoids overstocking, reducing logistic needs and warehouse spaces, hence reducing our carbon footprint.

IN is a family formed by 2 pairs of objects born from the ideas of encounter and complementarity. Each pair is made of the same number of elements of the same shape and size.

The slight misplacement of the composing parts allows the other to join, forming a single item.

The union of the elements creates a space which can contain a smaller identical pair.

IN is a multifunctional object. IN is produced locally using sustainable birch plywood with a production that combines both CNC technology and hand finishing.

The product has been developed as a flat-pack with selfassembly in mind. This optimises production costs, facilitates shipping, involves the customer in the construction, and allows to fully appreciate its composing parts. 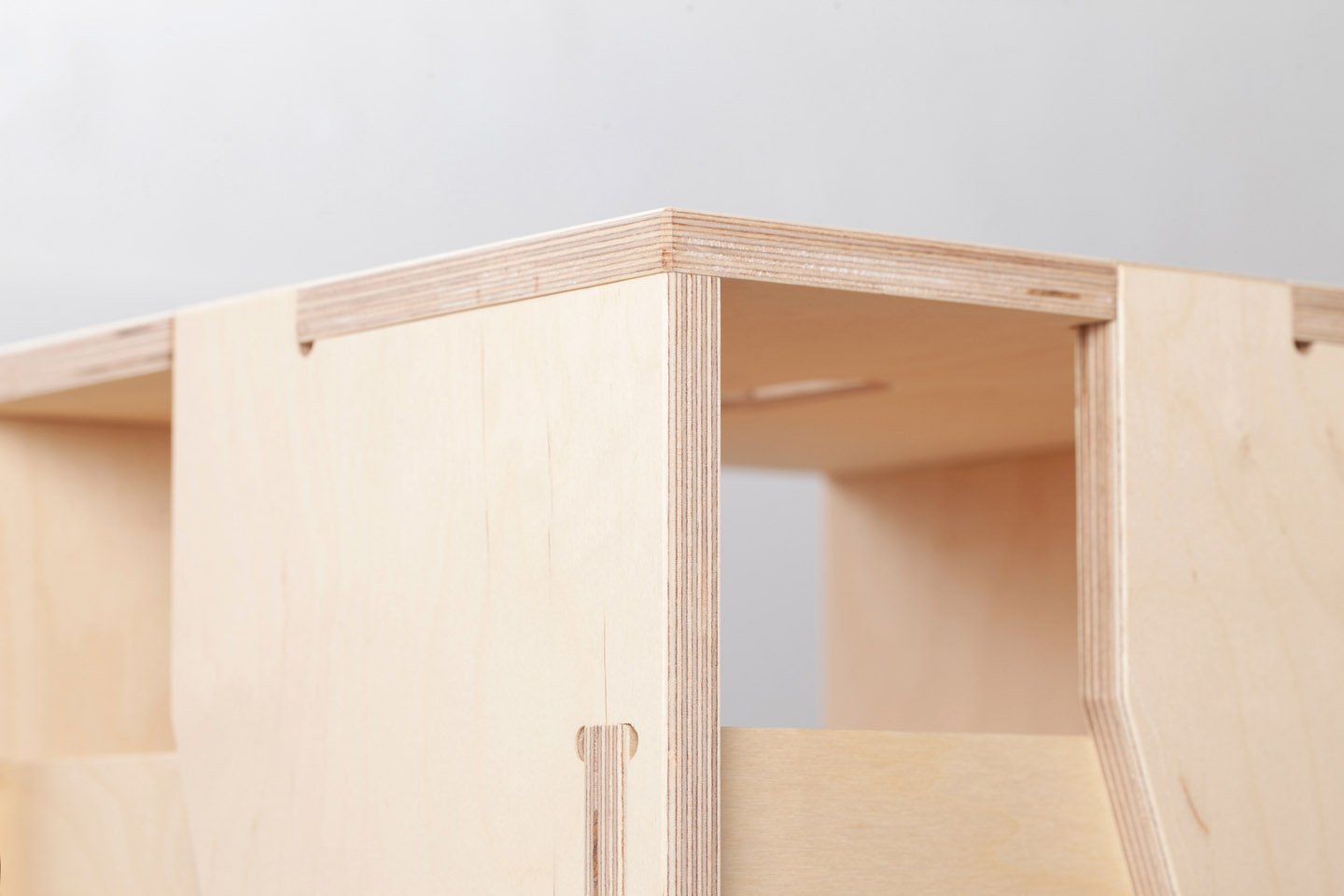 We regularly collaborate with the publication M le magazine du Monde illustrating restaurant reviews. DISCOVER MORE Get to know the...

The ritual of preparing tea is very special for tea lovers. One important step that has to be respected, and...

Utilitarian, local and warm. Bolet embodies a new approach to a traditional process. Bolet is both an exercise in functionalism...