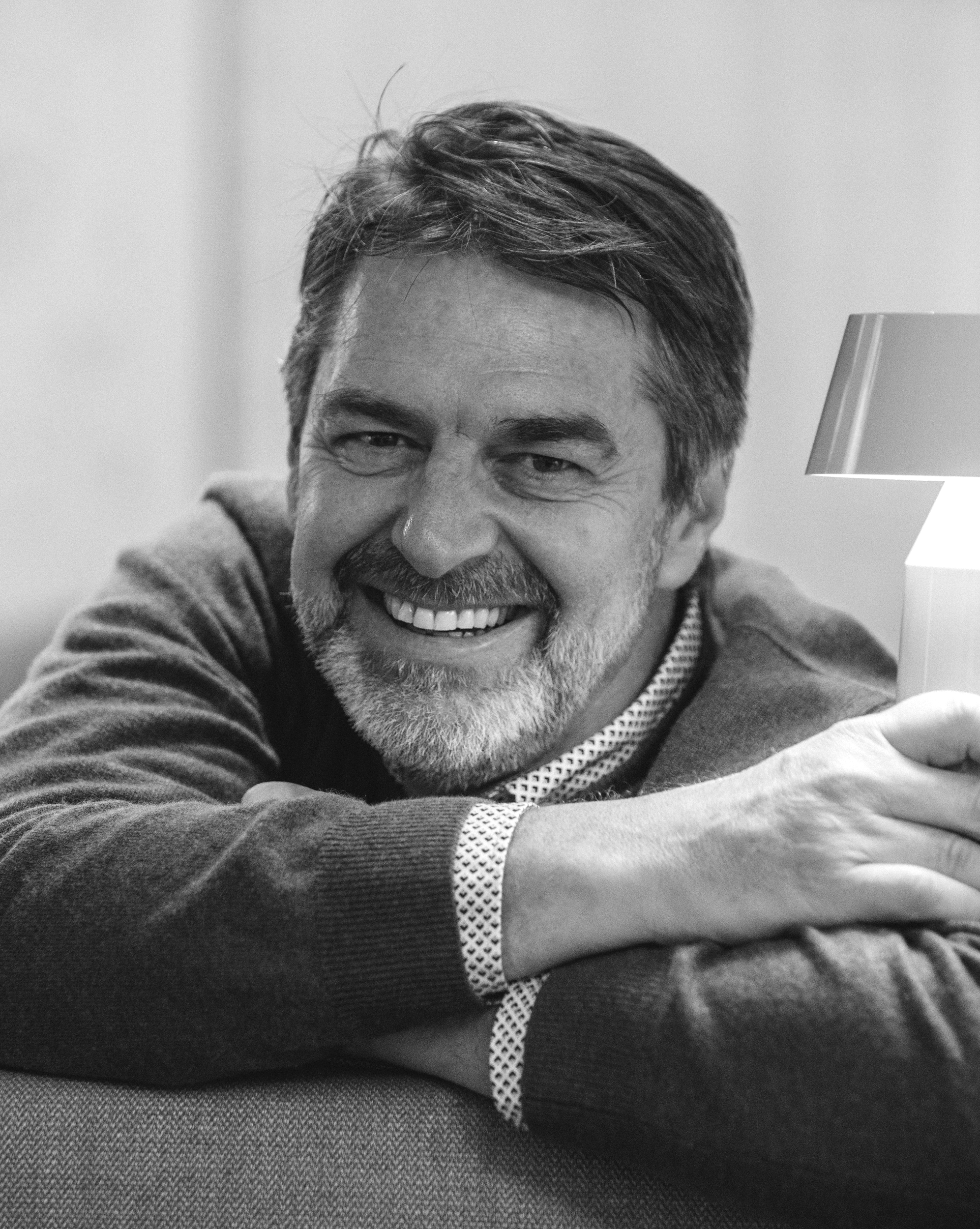 I was born in Hamburg (Germany) in 1961, although my nationality is Belgian because of my father. Being me only a year and a half old, we moved to Tenerife (Canary Islands, Spain), where I grew up, by the sea, surrounded by landscapes and extraordinary nature. My father, an architect, had the office at home, so I grew up among drawings, models, the smell of ammonia (generations born before the photocopier came out will know what I mean) and work visits.

Near home there was a carpentry. I was about 7 or 8 years old. I loved going to see how they worked, the smell of wood… I would stand there watching, then ask them for leftovers from the cut wood and take them home to make something with it.  I really liked creating things with my own hands, I remember making an improved version of the slingshot with more power and accuracy. As for my creative streak, my parents were very indulgent, and let me experience with everything, even plaster and paint. My great-uncle Petrus was a painter, he came to live with us for a year to help my father in the office. I still have very vivid memories of him. He could draw anything. I used to watch his work carefully and accompanied him to paint landscapes in oil.

Swimming was an important part of my life, I trained 4 hours a day. I was blonde so my hair went green from spending hours underwater in the pool and I always had that chlorine smell. Sport gave me discipline, taught me to fight for goals, not to faint, all of this proved to be very useful in my life.  While working with my father in the architecture firm, I started studying at the School of Applied Arts and Artistic Crafts in Santa Cruz de Tenerife. It seemed like everything was running smoothly, good life, girlfriend, friends, motorbike, beach, future in my father’s office… But I felt weary of how the island was becoming small for me day by day. Something was boiling inside of me. So, I moved to Barcelona.

Finally, a great city! Hustle, pollution, culture, exhibitions, people with varied interests. I arrived in 1984 to an effervescent, restless Barcelona, which was about to start preparing for the Olympics and where design, interior design and architecture, were booming.

On the summer of 1985 I had the opportunity to go to work in Hamburg at the Nitz Studio, Prash, Sigl Arquitekten. By chance and I unknowingly turned out to be the same office where my father had worked 25 years ago!

In 1986 I got my interior design Diploma at the Llotja School. At the end of my studies in Barcelona I returned to Tenerife to work again with my father doing architecture, interior design and started designing my first furniture.

A year passed, and again I felt the need for a change, and learning more. So, I decided to go to Milan. I had heard that it was the mecca of design. I arrived by train with my little suitcase. Didn’t know anyone, but someone would be waiting for me at the station. A pretty girl, daughter of somebody that my aunt knew. I know, it sounds like a soap opera. She showed up and told me that we would go straight to visit an architect with whom I would possibly work. And that’s how I met Marco Zanuso Jr.

My three years in Milan were decisive. Those years were personally and professionally very significant for me. I met interesting people, made good friends, discovered what was industrial design, and collaborated, among others, with Dino Gavina, Roberto Menghy, Giulio Crespi.

At the end of 1989 I decided to return to Barcelona, it was not an easy decision. I loved Milan. My friends where there, my work, and, maybe the best place to work on design. But I missed a certain quality of life, the weather, being close to the sea, having some pints in Plaza del Sol at noon under the sun rays. I also needed to live in a place where there was some concern for culture and design dedicated industry. Barcelona met all the requirements. Besides, the Olympics were making Barcelona the most popular city and had really become an exciting place full of opportunities.

I started by collaborating with the architects Eduard Samsó, Alfredo Arribas and the designer Javier Mariscal. And since 1992 I teach at the Elisava School. I like it, and as a teacher, Giulio Crespi told me once that teaching forces oneself to objectify the subjective. I currently teach a master’s degree in Furniture Design.

In 2000 I opened my own studio, since then I have carried out interior design projects, stand for fairs, have given lectures, participated in exhibitions, and above all, my main activity, industrial design. In 2008 I designed for Marset the Discocó lamp, very quickly it became a much-loved product, reference and with strong international prominence.

At Marset, we’re convinced that we do more than lamps. We take care of light and its various nuances and effects to improve people’s quality of life.

Design is what sets us apart at Marset, and that’s where our vocation for good design was born: to make a product with the utmost rigor and innovation that generates a beautiful light and that can surprise, thrill and endure, so that we can contribute our bit to a more sustainable world.

With the purpose of being able to compose, separate, or join environments through light, emerges this new collection of large dimensions but little volume of floor lamps.

With the purpose of being able to compose, separate, or join environments through light, emerges this new collection of large dimensions but little volume of floor lamps.

A metallic structure tightens and gives shape to the fabric that surrounds it, transferring its aesthetic character. The sphere inside is the light source, although it is only perceived when turned on. This new lamp originally designed for outdoors –although there is also its indoor version– uses a moldable but non-deformable textile material. Light is filtered, transformed, and acquires a new function through it, which is defining space. The indirect lighting accommodates and slightly intervenes, becoming part of the place.

LaFlaca is offered in three sizes of different geometric shapes: a vertical rectangle, a horizontal rectangle, and a square. The combination of these light sheets allows surprising textile architectural creations, not only for their beauty but also for the contrast between their large measurements and their almost flat volume. Hence its name.

Sandwich, designed by Untaller studio, is a collection of tables of great versatility destined to the world of restaurant spaces...

Blown glass fire extinguisher No matter how much you squeeze there are fires that it is better to let them...